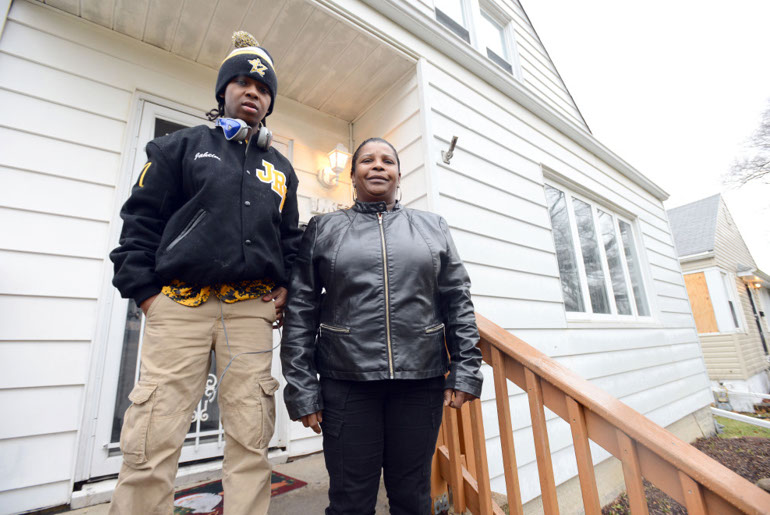 On a rainy Christmas Eve, a white limousine rolled slowly down a quiet, tree-lined south suburban street and stopped in front of a white home that was already gift enough for the VIP family it was sent to pick up — Jackie Robinson West player Jaheim Benton and his family.

The five-bedroom home, a gift from the Leak family of Leak & Sons Funeral Homes, came after a Chicago Sun-Times story in August revealed that Jaheim and his family were homeless.

Chicagoans and people across the country came through for the family, with donations totaling more than $4,000. They offered everything from clothing, to school supplies to job leads. Besides the Leak family — which paid the family’s rent for a year — others also offered to pay rent.

“I just couldn’t believe it,” said Devona Benton, 47, Jaheim’s mom. “I appreciate every single person who helped. We wouldn’t be where we are now without them.”

Jaheim, 13, is now living in a home in Dolton — a very different scene from the three-bedroom Englewood apartment the family once shared.

“I’m fine. I’m comfortable, finally,” Devona Benton said Wednesday. “I think it’s better for us out of Englewood. There’s no more dunking and dodging. I feel like he’ll be a little more safer.”

Jaheim — No. 8 on the Jackie Robinson West team — was welcomed home a hero in August after scoring five runs in Williamsport, Pennsylvania, where the team became national champions.

But the victory came as his parents struggled to make ends meet — both working part-time jobs that didn’t make the cut.

“I went from 80 hours every two weeks to 36 hours. That’s a big cut,” Devona Benton, who works as a home care provider, said in August. “We just didn’t have enough. We live from paycheck to paycheck. There were times where we combined our paychecks and still couldn’t make it.”

She said she’s still struggling to get more hours but is hopeful she’ll get more work soon.

Jaheim is still attending Langford Community Academy in West Englewood, where he’s in the seventh grade. His eventful summer made him a hit at school.

Besides tales of the big win, Jaheim said kids are asking about meeting President Barack Obama — not once but twice.

“I met him at Chicago State University and the White House,” Jaheim said. “I think that’s pretty cool. And people at school do too.”

On Wednesday, the limousine that pulled up outside the family’s door brought them a little more joy.

The Leak family didn’t just stop at free rent. They wanted to make sure Jaheim and his family had everything they wanted for Christmas. So they picked up Devona Benton and her family in a limo for an all-expense trip to Target in south suburban Matteson.

Jaheim stepped into the limo wearing a leather Jackie Robinson West jacket: “They gave me this jacket at the welcome parade,” Jaheim said softly. “I wear it all the time.”

The entire family, including Devona Benton’s three grandchildren, stepped out of the store with gifts, Jaheim with a laptop and a Mongoose bicycle.

“We want to keep his spirits going because so many of these kids they have their moment of glory and they’re forgotten about,” Spencer Leak Jr. said. “We don’t want that happening, and especially not with Jaheim.”

Jaheim’s dad, Frank Jackson, is still working as a part-time radiator technician. His eyes get a bit glossy when he spoke about the outpouring of support the family received. 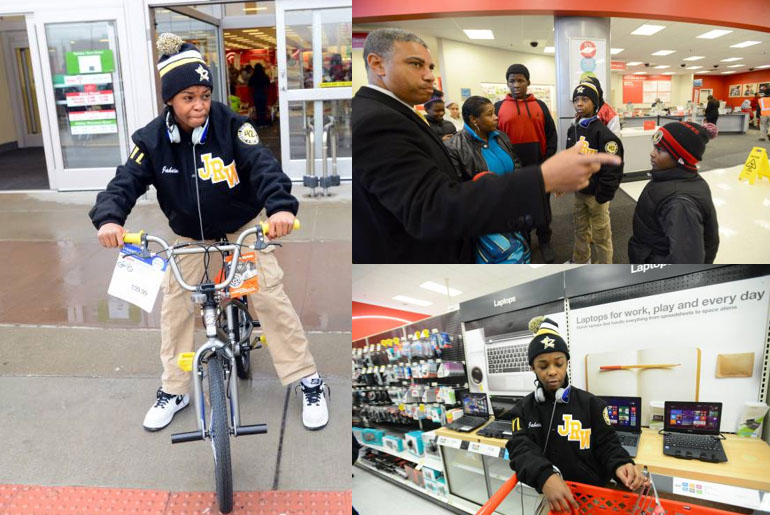 View Current and Past Obituaries and Sign the GuestBook of Familes we have SERVED..

Planning ahead is something we can help make a simple process.

Dealing with the lost of a loved one can be difficult and painful, but we are here to help.

Leak & Sons Funeral Homes believes in giving back when we can, and is always doing things in our local community. Feel free to go here and see the latest.

Take the time to learn about 10 good reasons familes use Leak and Sons Funeral Homes during their time of need.

Leak & Sons Funeral Homes offer a full line of quality end of life services. We have a large selection of caskets, urns, and clothing to fit every budget.

Dealing with the lost of a loved one can be difficult and painful, but we are here to help.